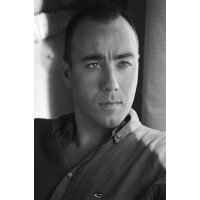 Lorenzo Quinn studied at the american academy of fine arts in new york and subsequently in workshops and foundries across the united states and europe. starting out as a painter in 1982, he soon discovered that a dimension was missing from his works and that he could not offer anything that had not already been offered by other artists before him. turning to sculpture because of a deep-rooted need to create, he found this medium allowed him to convey his innermost feelings to the viewer; it is, in fact, this direct communication which lorenzo constantly seeks. He says, “it is the viewer that interests me not the art critic...i make art for myself and the people who wish to come along for a ride through my dreams.” He is inspired by the great masters such as michelangelo, bernini, carpaux and rodin, and he frequently returns to Italy to gain inspiration and knowledge.