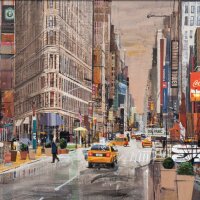 like most artists, the road to success has been far from straightforward. i studied at swansea university and having graduated in 2000 with a 1st in illustration, i began exploring various avenues in the commercial art world, namely children’s picture book design. i co-wrote (with my witty grandfather, who still has a ridiculously sharp brain on him) and illustrated a picture book called ‘horace the acrobat’, which follows the misfortunes of a clumsy bat – it all works out in the end though, hence the title! an expensive prototype was produced, cover to cover, but alas it wasn’t to be. my children love the book though, and really look forward to reading it. around the year 2004, my wife and i took a holiday in the south of france and visited a beautiful town called uzès. my senses were awoken! i was mesmerized by the light, colour and texture of the place. bright awnings and parasols amongst weathered stone buildings, with shuttered facades and crumbling masonry. and ‘les publicités anciennes’ – huge, faded adverts from bygone days that used to be hand painted onto the sides of buildings. maybe this is where my attraction to having text within a painting began. every angle of this town was an artist’s delight. with photos galore, i set about recreating what i’d experienced as soon as i returned. the resulting artwork proved successful with local galleries  and ultimately paved the way for my love of capturing cityscapes. tom butler the artist was born. 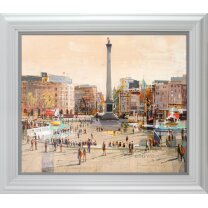 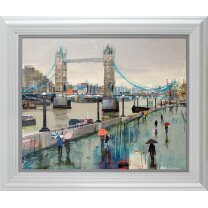 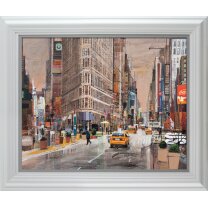 Pride of Manhattan
by Tom Butler 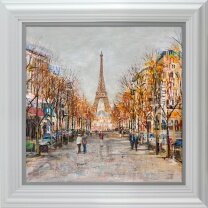 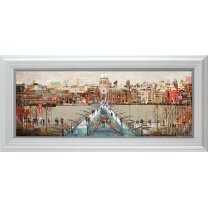 View From The Tate
by Tom Butler 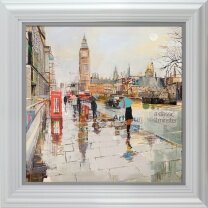