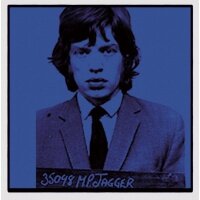 Louis Sidoli comes from an artistic Anglo-Italian family and displayed an aptitude for art at an early age. However rather than taking the traditional art school route, he carved out a successful design career in the car industry for over 15 years, working for well known brands such as BMW, Mini and Land Rover. His commercial experience in the auto industry was in fact to become the building block for his artistic techniques. “Working in car design really taught me about the processes involved in making desirable things that people want” says Sidoli who believes his affinity for 'high tech' artistic mediums was developed as a result of his product design background. Sidoli grew up absorbing the pop culture, album cover art & music videos of the 1970’s & 80’s which along with an enduring fascination with Andy Warhol, has had a powerful impact on his work. Warhols high-contrast silkscreen prints and simple graphic elements remain one of the key influences on his work.... more

He has achieved considerable acclaim since his late arrival on the art scene. A commercially successful artist, he was signed to he was signed to the UK’s largest art publishing company, Washington Green, immediately after his very first collection of art in 2007. His work is owned by collectors worldwide including high-profile figures such as Liam Gallagher (Oasis), Ozzy Osbourne, Ali Campell (UB40) and fashion designer Henry Holland. His artistic exploration of popular culture is evolving the genre that began with Warhol, as he carries on his printmaking legacy today through the experimental use of innovative new materials & technology.