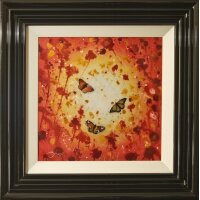 Ben Payne has built a reputation for creating artwork which is fresh, escapist and above all, uplifting. born in surrey in 1975, he began drawing portraits and painting as a hobby; by the age of 16 he was selling his work, and he has now developed into a major british talent. although he is almost completely self-taught ben is able to respond to challenges and create artwork that is both technically accomplished and
highly accessible. After graduating in psychology he became an independent therapist and pursued a career in the field of autism, working with young children, helping them to overcome their difficulties in communicating with the outside world. whilst pursuing this career he continued painting in his spare time, teaching himself and extending his range into oils.... more

Ben’s high-impact land, sky and seascapes are inspired by the british coastline. his powerful paintings do display a certain innocence which somehow sets them part from the work of his contemporaries. while his subjects are realistic they often have dreamlike overtones, rendering them an intriguing combination of enchantment and sophistication.

A Stag's Stance
by Ben Payne 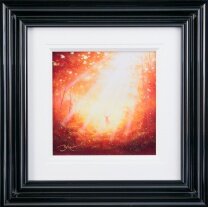