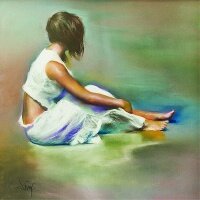 Domingo was born 1946 in the spanish city of barcelona. having completed his studies in 1966, he spent several years illustrating numerous books and other publications and in 1971 he became sub-editor of an art magazine in madrid. whilst living in madrid, he explored the techniques of pastels and was very successful in selling his work to the galleries in and around the city and later in southern france. during this time he began to develop an authoritative style and composition in the use of pastels, using a toned paper as an integral part of the background to his subject. His work quickly became recognised as being of exceptional quality and with his paintings selling with continual success, in 1975 he resigned from the magazine and he became a fully professional artist.... more 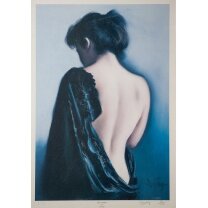 Portrait of Carla
by Domingo 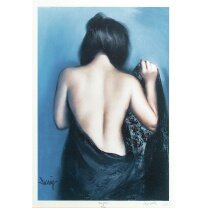 Portrait of Cartz
by Domingo