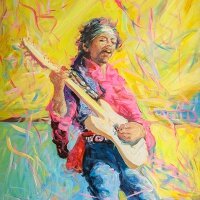 From the glasgow area of maryhill, frank mcfadden is a protégée of peter howson. a former sign-writer and graphic designer, just a few years ago he was addicted to drugs and selling the big issue. the older painter, who has also had his problems with addiction, met mcfadden by chance in a café on great western road. howson took him under his wing, employing him as a studio assistant and helping mcfadden develop his own artistic ability and personal strength.... more

Mcfadden says that ‘peter helped me to believe that I had a future’, and his wish to be a better father to his young daughter spurred him on to create a new life for himself. howson and mcfadden now share a studio in glasgow’s city centre, and exhibit together in glasgow and new york. as mcfadden’s fame grows, he is building a list of celebrity patrons, including jessica simpson and dawn french. 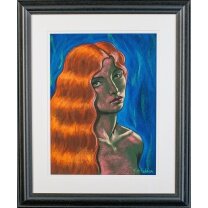 "Delilah" Woman of the valley
by Frank Mcfadden 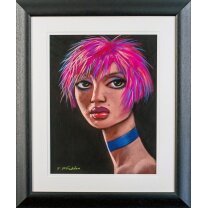 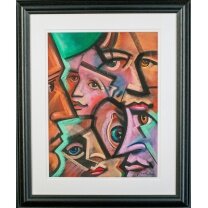 The Eyes have it
by Frank Mcfadden