John mackie was born in glasgow in 1953, although today he lives in haworth, yorkshire. his love of drawing using bright colours began at a very early age. john studied drawing and painting at the glasgow school of art(1973-76)... more

It was whilst studying at the glasgow school of art that he was first introduced to the works of monet, renoir and pissarro. in particular the influence of monet can be seen in his own painting style and his is an obvious love of impressionist work.

Mackie gained the w h shanks award for drawing in 1976 and later received a travelling scholarship from the scottish arts council (1976/77) which he used to work for a short period in america and canada. on his return he lived and painted in italy and france where he was inspired by the landscape and cities around tuscany, umbria and chianti. in france, he spent time in paris where he discovered the wealth of material in the everyday scenes around cafés and bistros, especially around the districts beside place du tetre and the champs elysees.

Mackie has exhibited widely in various galleries across the uk and in over 30 years has built a considerable body of collectors. he has exhibited successfully at the royal scottish academy and also internationally in the usa, germany, london, ireland and elsewhere.

Whether using oil or pastel he employs a fabulously rich palette, with works full of colour and strong tones, and a fine eye for composition and structure. his work exudes quality, with his finished pieces simply transporting you to his chosen location, capture the heat of a french meadow, the hustle and bustle of a continental market square or a balmy evening in the romantic cities of venice or paris. 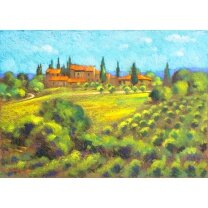 A Tuscany Landscape
by John Mackie 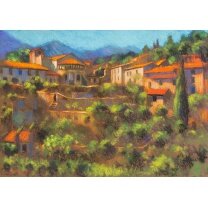 Bridge over the Seine, Paris
by John Mackie 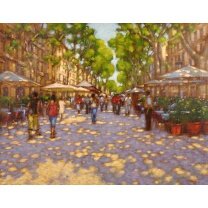 Down the Ramblas, Barcelona
by John Mackie 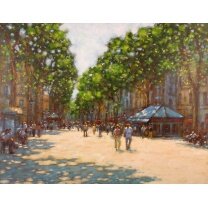 People on the Ramblas, Barcelona
by John Mackie 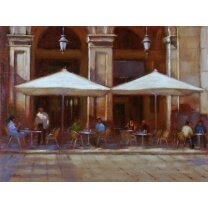 Restaurant On The Plaza Royale, Barcelona
by John Mackie 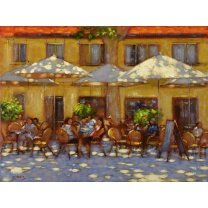 The Gondola, Venice
by John Mackie 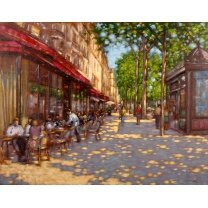 The waiter on the Champs Elysees
by John Mackie 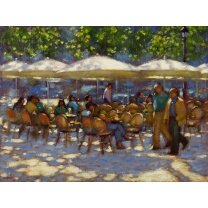 Two Friends On The Champs Elysees, Paris
by John Mackie