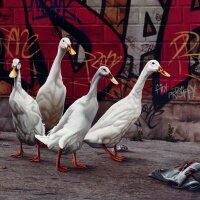 Fine artist paul james is a remarkable and fascinating man. he is a gifted wildlife, animal and landscape artist and an amazing composer and pianist. it would seem that if he has set his heart on learning something he goes for it big time. In fact should you make reference to his talents paul will argue that his creative abilities are not down so much to talent but more about his attitude and application to his craft; he certainly demonstrates a dogged determination to succeed in everything he does and he admits a desire for recognition and respect as an artist.... more

Currently resident in southern ireland, he was born and grew up in leicestershire, england. his artistic and musical abilities became apparent from a relatively early age and with the support and encouragement of his parents he is essentially self taught. he did go to art college at the insistence of his teachers to study graphic design, but being something of a rebel he did not wish to conform to the course requirements so left and began to make something of a living painting classic cars and commissions of neighbours pet dogs and cats.

Paul then went on to develop a career in music playing both organ and piano in a range of pubs clubs and cocktail bars. however, it did not quite live up to the rock star lifestyle that he had envisaged so he returned to his art and began painting professionally in 1986. it was the haunting beauty of the nearby charnwood forest that greatly influenced his early atmospheric landscape and animal paintings for which he has become renowned. 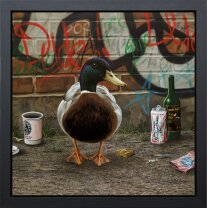 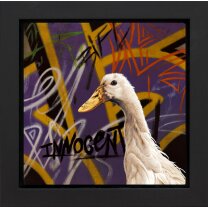 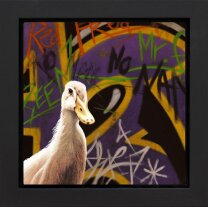 No Name
by Paul James 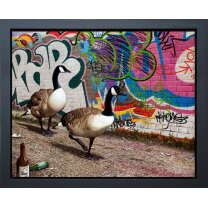 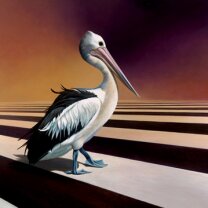