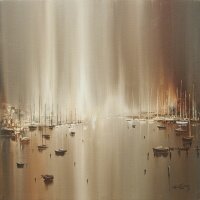 Philip was born in Cork, Ireland, in 1959. From the age of 5 he loved art, and one of his earliest memories is being tutored in figurative drawing by a family friend, Trevor Scott, the founder of the renowned College of Art and Design in Dublin.... more

At the age of 16, Philip left school and joined the Irish Navy. Once he had established himself as a naval diver, he began to paint at sea and soon became prolific. He had the great advantage of having a unique perspective on Irish landscapes and seascapes as viewed from the Atlantic Ocean.

After 17 years in the Navy, and with much encouragement from his wife and family, Philip relinquished his naval career and took the bold step of setting up on his own as an artist. His success was such that he has since become one of Ireland’s most celebrated living artists. Philip’s work is sold all over the world and his celebrity collectors include Bill Clinton and George W Bush.

The magic in Philip’s art lies in his ability to use his artistic creativity as a natural form of communication. With the extraordinary beauty of the mountainous western island, Ireland, as his inspiration, Philip’s art provides us with the opportunity, albeit momentarily, to remove ourselves from the chaos of day to day life and appreciate the ordered beauty of nature. 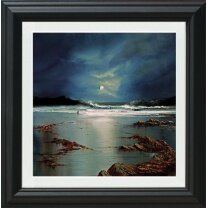 Entwined with Nature
by Philip Gray 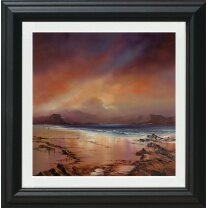 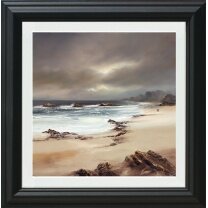