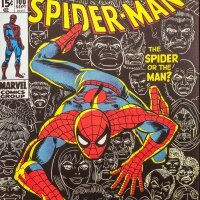 In collaboration with several artists, most notably Jack Kirby and Steve Ditko, he co-created Spider-Man, the Hulk, the X-Men, the Fantastic Four, Iron Man, Thor, the Silver Surfer, The Avengers and many other fictional characters.

Stan Lee is credited with introducing complex characters; characters that were not just the archetypal all American superhero, but those that had demons, those that could have a bad temper, or become unwell – making them much more human and easier to identify with. This type of characterisation and story-telling had rarely been seen in the industry before.

Stan Lee led the expansion of Marvel Comics from a small division of a publishing house to a large multimedia corporation during an era now referred to as The Marvel Revolution.

Stan Lee’s Marvel Revolution extended beyond the characters and storylines, to the way in which comic books engaged the audience and created a community between the readers and the creators. Additionally, he pioneered and advocated the use of comic books to comment on social issues of the time, including bigotry, injustice and discrimination.

This got him into some hot water with the rather conservative Comics Code Authority but Stan wouldn’t yield, he continued to pursue what he believed in and what he knew his audience wanted; thus the code changed.

In summary, Stan Lee and his collaborations with some of the greatest comic book artists ever to have lived, changed the game. 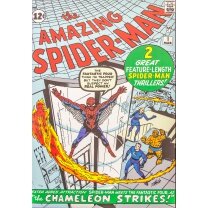 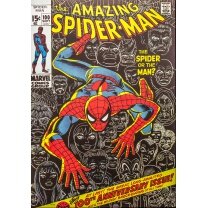 The Amazing Spider-Man 100 - The Spider Or The Man?
by Stan Lee